10 things to do in Amsterdam

Amsterdam is one of Europe’s hidden treasures.

The ‘Venice of the North‘ will captivate and excite you with their red lights and welcoming attitude.

The museums in Amsterdam are world famous and include a museum entirely dedicated to Van Gogh and his works. Bicycles and pedestrians dominate the city streets while boats take charge through the vast array of canals.

In a city where nearly everyone speaks English, you will find it hard not to fall in love with the capital of the Netherlands.

Here are our top 10 of things to do in this unique city. 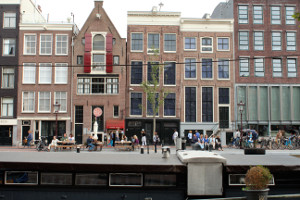 Located on the Prinsengracht canal you will find Anne Frank’s house which plays host to millions of visitors every year.

Now a dedicated museum, the 17th-century canal house was once a hideout for Anne Frank in World War II. Opening in 1960, the museum preserves the hiding place as a permanent exhibition. It also showcases what it would have been like for Anne and how hard it was living in those times.

The museum is open every day from 9AM until 10Pm. Tickets must be purchased online and for a certain time slot, so get in early if you only have a few days to spend in Amsterdam. 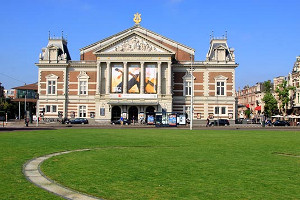 The Museumplein, or Museum Square, is the cultural hub of the city. The 19th Century museum quarter is home to three major museums in Amsterdam and is an art lovers paradise.

The Rijksmuseum houses art from Rembrandt, Jan Steen and Vermeer, as well as a vast collection of Dutch antiques, sculptures and drawings.

The Stedelijk Museum is the place to be if you love modern art and lastly the Van Gogh Museum that holds the largest collection of Van Gogh paintings in the world.

So if museums are on the top of your list, mark the Museum Square on your map. 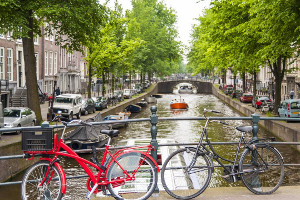 Amsterdam has a strong bike culture with cycling their main mode of transport. Voted world’s most cycle friendly city with its flat landscape and purpose built bike paths, it’s easy to see why.

Cycling tours are the best way to see the city for the first time. A guide will take you through the best parts of Amsterdam and point out places of importance.

However, if tours aren’t your thing, there are plenty of shops where you can hire a bike to take the city in at your own pace.

If you love shopping, then you will love The Nine Streets. Right in the heart of the Canal District, here you will find an abundance of boutiques, art galleries and fashion.

The streets line the canals from the Singel to the Prinsengracht and also offer great bars, cafes and restaurants. Handy for refueling after a long day of hitting the cobblestone pavement. 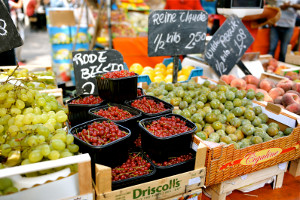 Amsterdam has a great culture for open air markets. Whether you are looking for food, art, antiques, stamps or flowers, you will find it all and more.

For a true Amsterdam experience, make your way to the Albert Cuyp Market. Open every Saturday you will find over 300 stalls lining both sides of the street. From cheese and herbs all the way to cosmetics and traditional dutch refreshments, you won’t leave here empty handed.

Another must see is the world famous Flower Market. Unlike other flower markets, this one is held atop floating barges right on the canal. Open from Monday to Saturday, delight your senses and take a walk among the flowers, plants and bulbs.

Fancy taking some bulbs home to plant in your own garden? Customs have pre-approved selected packets now making it possible to bring a little piece of Amsterdam home with you. 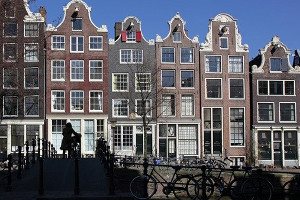 If architecture excites and delights you then the seven houses along Roemer Visscherstraat are not to be missed.

Architect Tjeerd Kuipers, inspired by all things ‘far away’, designed the seven houses back in 1894. The featured countries that sit side by side are Germany, France, Spain, Italy, Russia, Netherlands and England.

Atop each door is a sign with which country the architecture was inspired by. However, the houses are all now privately owned and can only be viewed from the street. 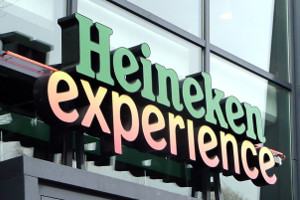 The Heineken Experience is one for the beer lovers. Born in Amsterdam, Heineken has transformed their first ever brewery into an interactive tour for the public to experience.

Take yourself on a 1.5-hour tour of the brewery for €16 or upgrade to the ‘behind the scenes’ VIP tour for €49. The Brewery is open all year round, for tickets and more info you can visit their website. 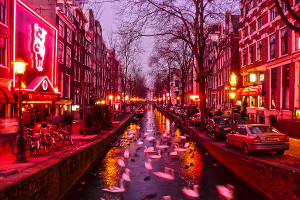 The Red Light District of Amsterdam is one of the oldest parts of the city. However, this isn’t what lures the tourists over year after year.

Not a place for the faint-hearted with sex shops, brothels and prostitutes in red-lit windows. It is still a popular place to visit especially at night where the streets come to life.

There are some great tours that you can take through the district if you want to learn more or just roam the streets yourself. But remember to be wary of pickpockets and travel in groups. 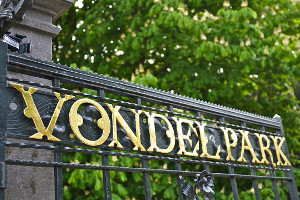 Amsterdams answer to Central Park, Vondelpark is one of the most famous parks in the Netherlands. Situated in the heart of the city, this is where locals and tourists come to relax and unwind.

Here you will find a great mix of people walking their dogs, jogging, skating or just sunbaking on the grass. Take a walk through the park to discover statues, pavilions, playgrounds and theaters.

Grab lunch or dinner in one of the many restaurants inside the park or simply hire a bike and cruise through the 120 acres of parkland at your own pace. 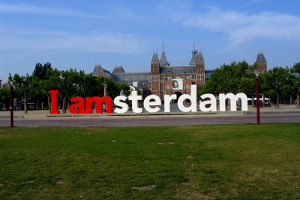 You can’t visit Amsterdam and not get a photo in front of the iconic I AMSTERDAM letters.

Situated in the museum square behind the Rijksmuseum is where you will find the first set of letters. Due to the popularity of the letters, they have since been duplicated and placed at the Airport Schiphol.

So make sure you keep your eyes open as the letters can often pop up at events and exhibitions across the city.